Latin Americans are more than social, they’re ‘media social’! 2011 was a remarkable year for the proliferation of social media throughout Latin America, and that makes sense if you think about it.  First, Latin America’s infrastructure doesn’t offer freedom and flexibility to move at the efficient levels we are accustomed to in the US and Europe. Second, the average Latin American has twice the number of friends and family than the average American, so social media becomes an effective vehicle for mass-communication.  Therefore, Latin America social media adoption rates are accelerating.

A 2011 ComScore, Inc. report showcased highlights of digital trends in Latin America including how businesses could benefit from this wave. Latin America Digital Future in Focus, examined how social media, online video, digital advertising, mobile and search are influencing the economy and how business, advertising and brand building are evolving because of these new marketing channels. 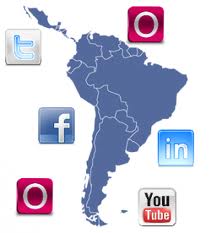 Alejandro Fosk of comScore said. "The rapid adoption of these behaviors presents a world of new opportunities to digital marketers. Thus, in order to capitalize on this burgeoning digital economy, it's important for brands and publishers to understand the key trends driving growth today so they can determine where to invest and how to position their offerings to the needs of the marketplace."

Interested in how Consilium can help your business leverage amazing Latin American opportunities and with social media marketing localization?