International Business - Knowing the Limit of Your Knowledge

Ed Marsh | Mar 29, 2012
This post first appeared on  www.morethanshipping.com - and was contributed by our own Ed Marsh - an international business veteran.

My German partner and I were now nearly toe-to-toe. Ten minutes ago the discussion began about the construction of the pallet/crate, the lack of 4 side access that I had specified, and the exorbitant additional trade show drayage charges we incurred as a result. 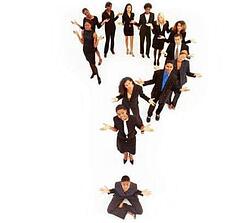 Possessing of nearly every stereotypical attribute (I was born in Germany, am married to a German, and have been told often by my German colleagues that I am “more German” than they are – so no offense intended here!), though, he wasn’t going to relent, and proceeded to list my technical shortcomings and the folly of my position. It couldn’t possibly be that 2 side access was in any way inadequate. And when I asked how he planned to get it off the truck, with a huff and puff he exploded “Just roll up the side and…” and he stopped.

We looked at each other and realized – despite each of our substantial experience in the others country and culture, we had committed a rookie mistake. We had each completely overlooked the fundamental regional differences in truck design (and the resulting differences in crating considerations.) I saw the world as a hard sided, back door, structured environment, and he saw it as a soft-side, side-load, flexible wonderland. (An ironic inversion of our stereotypical roles!)

His “hrmph” acknowledged that there was a different perspective and we both chuckled later that we had missed such an easy point. Nevertheless it was an expensive oversight.

One of the immutable truths of international business is that you will never be natively proficient in a different market. (5 years of immersion may begin to approximate native habits, but there are fundamental perspectives “hard wired” by birth which are never fully suppressed.) You may be expert, fluent or comfortable; but never native.

It’s critically important to genuinely strive to assimilate into the local business climate in demeanor, manner and habit. (Excepting, of course, any prevalent local habits which run afoul of FCPA and other regulatory strictures.) Even rudimentary facility with the language will manifest an intent which will be appreciated. But despite compliments, never be lulled into a sense of native proficiency.

The greatest skill of an international business person is the ability to sense when (s)he is crossing the line that distinguishes what they really know vs what they think they know. The latter is a minefield – yet one from which we all bear scars; because like so many lessons it is only learned, really learned, “the hard way.”

Everyone starts off the same. You’re off to do business in a new culture so you read some, attend a seminar, get some cultural training and learn a few words of the language. You know how to present your business card; you may remember which way to look when you cross the street and you probably have a sense for the style of negotiation and familiarity in business. But you still feel overwhelmed. The activity, sounds, language, signs and habits all come rushing at you. The currency system may even feel like you’re working in base 3. You don’t fit in and you are painfully aware!

But a couple successful deals, several trips and a few weeks in country and it starts to feel more familiar. You wouldn’t claim to be native but you start to feel more at ease. Things aren’t quite as surprising. You don’t feel overwhelmed. It’s almost starting to be comfortable.

A couple more trips and you start to get cocky. You start to tell yourself you understand the culture and the business climate. You anticipate how business will progress and you predict responses and outcomes. Suddenly you are a “fluent fool” (a great term coined by Kay Westerfield, Director of International Business Communication Program at University of Oregon.) Everything starts to click along until….it blows up underneath you.

Anyone who has substantial international experience has been there. Just like a 17 year old, it doesn’t matter how many times we are warned, we’ve made the mistake. We got cocky and we got burned.

But that’s exactly the foundation that is required for the key development for any international business person. The humility and perspective to recognize the real limits of one’s knowledge is the distinguishing attribute of real experts versus “wannabes.”

When one reaches that point you are able to work more effectively with foreign advisors, partners, employees, distributors, etc. You will probably argue less about pallets (although if one of you is German, perhaps not) and you will develop an appreciation for nuance and intuitively recognize the extraordinary local business practitioners who might have previously appeared amateurish.

You will have reached that point when you begin to appreciate how little you know; you sense the approaching limit of your understanding; and you stop “outdriving your international headlights.”

Popular wisdom says that you need to learn about “the market.” In fact the far more important task is to learn where your knowledge of the market ends.

More Than Shipping is a logistics and supply chain blog with readers from over 140 countries worldwide.