The Wrong Side of the World - America's global business challenge

View from the cheap seats

There's a reason why folks pay a premium price for seats at midfield for football. (You know I'm not a fan of sports analogies, but this is actually about perspective.  Did you notice I didn't fill in the word after football?  Whether you were thinking game or match - it worked.  That's the first step toward marketing localization - a different topic, but one you can learn about here.) 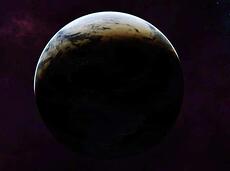 Back to midfield - it's simple.  The view is better.  Being in the middle of the action allows you to track what happens at both ends of the field/pitch.

But when it comes to the global business equivalent, America sits in the cheap seats, at the end of the field and with limited view of the action at the far end.  The literal reality is that for much of the global business day we are on the dark side of the world.  And figuratively, because we have traditionally had an enormous self-contained market, we have succeeded fabulously despite an insular perspective.  Born, as it were, with the silver spoon of an enormous indigenous market in our mouths.

If you're on the east coast, ignoring the minor variations of daylight savings time, 61% (Asia & Oceania) of the world is done with dinner when you show up to work.  Another 26% (Europe) is done with lunch, and many of those are wrapping up their work day.  And of the remaining 13% (the Americas), for half the year nearly 20% will also be almost half-way through their day.

Naturally if you have a west coast perspective the issue is even more pronounced.

In a debate it's often preferable to have the final word.  But global business isn't about winning an argument - it's about mutual engagement.  So at least from this narrow and simple perspective (the flow of the global business day) US businesses lack the advantage of many European and African companies which, by virtue of geography, are at high noon of the global business day.  Manage staffing and communications properly, and every global customer / prospect of a European company can have same day engagement.

That's not feasible for a US business with traditional work hours and an exclusively CONUS footprint.  And yet for companies intent on growing global sales they must meet the challenge.


But what if the day doesn't begin or end?

Think about your normal workday.  It begins earlier and ends later.  Sure there are some signposts (breakfast, commute home) that guide you, but communications technology and workload mean that there is only a vestigial similarity to the traditional work day.  Activities blur and only 5-7 hours of horizontal time now distinguish one work day from another.

So what if instead of thinking in terms of the day's start and finish, you thought instead in terms of phases of engagement?   (That's precisely what many Asian business people have done for a decade or more in pursuit of international sales - particularly growth of their exports to the US.)

Call it lemonade from lemons or whatever you wish - but there are simple steps (although shifting mindset is never easy) that can obviate the disadvantage the international date line arbitrarily creates.

Using the expression 'going global' implies that a distinct effort is required.  And that's true.  But it's fundamentally important to the long-term viability of American SMBs to embrace that effort.  With strong executive buy-in, it isn't long before global and domestic meld into one, just as the global business day is in fact an elastic distinction, initially developed for convenience but now obsolete.