No more cuts to make

And it's not just the F500 - companies of all sizes have embraced a new normal with a sort of hunkered down approach to business development for the last 5 years.

So what if the 80s & 90s were above trend.  We're not talking about changing the whole economy, we're talking about invigorating a company's growth.

And yet most just seem to keep doing the same things - the same trade shows, the same direct sales approach, the same target customers in the same markets.  You know what Einstein said about that, right?

Where would you be?

75% bigger means more employee hassles, sure.  But it probably also means happier conversations with the bank, more potential roles for family to take in the business and, bottom line, more money.

Where are you going? 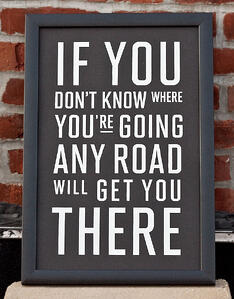 Without engaging in too much "could a, would a, should a" let's focus on what's next.  Realistically no substantial change in the broad economy is imminent.  (Regardless of where you stand politically, it's not a short term issue.)  And whether you are bold enough to target 12 or 20% growth, or even if you would be content with 5%, the fact is you're not going to achieve that by simply maintaining.

So where will you find the growth?  There's really two choices.  Evolutionary marketing and new markets.

What's missing from the list?  Simply continuing to take the same decreasingly effective approaches - but just pushing harder on them.

Now if you have awesome inbound marketing, and/or you're chasing all over the globe signing up channel partners, you are not guaranteed growth.  There's a right way to do things, and there's always an element of uncertainty.  What's less uncertain is the outcome of doing nothing.  (Have you done a risk analysis on that?!)


How to get there

Consilium offers a a huge range of support options for evolving your marketing and prudently tackling new markets.  Contact us to learn more.

And in the meantime check out these two eBooks that introduce the topics.