Are you really global, or are you just global?

Merely in markets or actually of them? 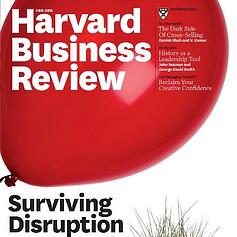 The Dec 12 Harvard Business Review has an instructive article (What Panasonic learned in China) that explores Panasonic’s stumbles and successes in the Chinese market.

“Multinationals may be in global markets, but they’re often not of them; therefore they’re unable to extend their products’ appeal to broader audiences around the world…It’s surprising, then, when an established giant goes to an emerging market seeking the usual benefits of cheap labor and low manufacturing costs and comes back a changed company.”

Not all companies metamorphasize in this way.  And the breakthrough comes at different points for those that do.  But it’s happening more among American companies (despite Panasonic’s Japanese roots, the lessons are equally applicable for US enterprises.)  Just as companies originally grasped the need for supply chain economics and seized the overseas opportunity, they are now awakening to the growth opportunity in emerging markets even as development in those markets renders them less attractive as low cost manufacturing hubs.

Two sides of the same coin

In general companies understand the fundamental export proposition.  You have more opportunities to sell more stuff.  Manage the process at least reasonably well and you make more money.

But much of my time is spent helping companies understand not only the imperatives that will often determine success, but also the myriad of secondary and tertiary benefits that derive from energetic and strategic international business development.  In other words understanding what is essentially an accounting identity of resources required on one side and benefit derived on the other.

The HBR Panasonic/China article struck me because it speaks to critical points on both sides of that success “identity.”  And while it discusses some of the substantial investments Panasonic made, the principles are applicable even for the smallest of SMBs.

We normally look at two “flavors” of localization: marketing localization and product localization.   The latter normally drives the former – understanding what product features, price point, and value proposition are fundamental to having a kernel worth marketing.  But that is often an iterative process even for companies that have thoroughly researched a new market.

But man, what a difference it can make!  Simple changes can distinguish failure and growth.  In China, changing the width of refrigerators by 10cm led to a 10X increase in sales.  Further, once Panasonic realized that Chinese households with washing machines persisted in hand laundering undergarments; and that they did so to guard against feared infection of their nether regions by bacteria transferred from outer garments in a shared washing machine; some rapid and effective R&D resulted in a new product.  And silver ionizing sterilization in washing machines yielded a curve bending market share increase of 500% (from 3 to 15) in less than one year!

And then the magic happened 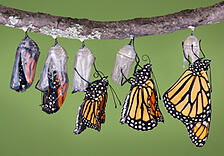 That growth was a solid reward for the company’s localization efforts.  But in a sense it was just a byproduct of doing the homework they should have done originally – at least in the case of the refrigerators.

But Panasonic saw another opportunity.  Although their domestic customers didn’t share the concerns about contaminated knickers, they did tend to worry about food contamination.  Using the lessons learned abroad Panasonic developed a line of refrigerators which used the same technology to create a product which addressed an unmet need in their home market.

For companies with the executive vision and knowledge management capabilities to recognize and leverage lessons learned in global markets, international business development offers an opportunity for domestic business improvements.  You can learn lessons through exporting that will improve your business at home.

For American companies one of the most compelling places to look is to Latin America.  With 1:2 babies born in the US today being Latino, that demographic will be hugely important to domestic business success.  But contrary to the oversimplified early Hispanic marketing programs, the Latino market is not a monolithic Spanish speaking homogenous group.  Instead it is a fabric woven of various cultures, languages, national identities and regional preferences.  American companies that intend to succeed will need to understand the tastes and habits of each distinct group – and localize products and marketing accordingly.