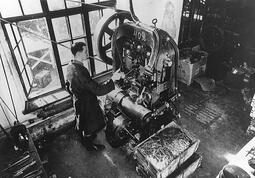 American cars were a quality joke but every scoffed at "Made in Japan"? Or when supply chain management meant cozy lunches for purchasing managers and sales reps?  And how about when "lean" meant keeping shop floor pay low enough that the bodies didn't impact the bottom line?


In most organizations, change comes in only two flavors: trivial and traumatic. Review the history of the average organization and you'll discover long periods of incremental fiddling punctuated by occasional bouts of frantic, crisis-driven change.

Some of you reading actually may not, but many will.  American manufacturing experienced a "bout of frantic, crisis-driven change" over several decades around the turn of the century.  It was a brutally Darwinian period which saw huge numbers of manufacturers fail, and most others experience wrenching and traumatic change.

If there's any truth to the maxim that the greatest and most enduring change is typically a result of the most traumatic episodes, then US manufacturing is the most compelling case study.

Fundamental reengineering of operational and manufacturing processes were birthed by necessity - a compelling need for survival amidst brutal import competition.  And the result is amazing to behold.  Superb quality, remarkable innovation, efficiency, productivity, near perfection, incredibly short lead-times and a host of other nearly unimaginable positive outcomes.  For the metrics nuts among you, just picture the "up and to the right" graph of uninterrupted manufacturing growth in the US against the consistent decline in manufacturing employment.  The latter creates policy concerns, but the divergence speaks to the power of the renaissance.

To boil it down...the massive reengineering of business operations and processes was spurred by crisis and necessity, but has entirely redefined American manufacturing.


While Jim wrestles the alligator, I'll head back to set up camp

Meanwhile the B2B Sales and Marketing crowd has been much like the much beloved Marlin Perkins of Mutual of Omaha's Wild Kingdom (another blast from the past for those of you who remember looking disdainfully at "Made in Japan"!)

While operations and manufacturing folks have been engaged in a brutal, exhausting fight for survival (and have now triumphed at least until the next bout of complacency), the sales & marketing crew have expended equal emotion....complaining.

The lamentations are well known.  "Buyers are unreasonable"  "No one understands value anymore"  etc, etc. 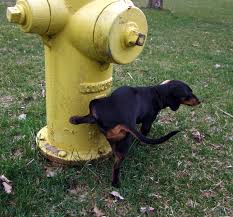 And they have responded with small tweaks here and there.  You know what I mean.  A database to make the annual Holiday card process a little more efficient; some training on how to artfully turn a phrase to highlight a prospect's plight; a website (getting pretty space age here now); and probably some PayPerClick (PPC) advertising.  They might call for a new product line extension, gnash their teeth over pricing, and even sell a little here and there beyond what they traditionally considered their market.

And they expend enormous energy on marking their territory and protecting their silos.


But what's happening in the meantime?

While they fight their turf battles, smugly boasting about their small incremental tweaks around the edges of their b2b sales & marketing world, they are missing the tectonic shifts that are occurring around them - just as their manufacturing colleagues did in the late decades of the 20th century.

And that hubristic blind spot will cost them dearly.

It's no longer viable to think of your market as the US, or some region thereof.  Rather, today your market is those prospects who would want to buy your stuff if they knew about it and you made it available to them.  If you persist in thinking of your market as some slice of the US, which you might then occasionally and VERY cautiously augment with some small piece of the other 95% of the worlds buyers, then guess what.  Your business will wither.  Every credible research group concurs with McKinsey's assessment that business growth will be in developing markets for the next several decades.  Foreign businesses see the globe as one large market - and they identify profitable opportunities.  You must too.

And it's no longer tenable to view sales & marketing as entirely distinct functions - and even further divorced from corporate development.  Rather BUSINESS DEVELOPMENT should become the framework through which companies identify prospects, reach them, sell them, and continue to engage them - wherever they can profitably do so.  The marketing function is certainly important to that, as is sales.  But they must be viewed not as departments, but as transitions in a business development continuum for companies focused on growth.


So blow it up and reengineer it

Here's the call, and the warning.  It's time to reengineer business development just like operations and manufacturing before it.

Can we define exactly what it will look like in the end?  No.  Is there even an end?  Of course not.  It will be a continuous process of evolution.  But the starting point must be a radical reimaging of the traditional model.


I have a great respect for incremental improvement, and I've done that sort of thing in my life, but I've always been attracted to the more revolutionary changes. I don't know why. Because they're harder. They're much more stressful emotionally. And you usually go through a period where everybody tells you that you've completely failed.

What's clear is that growth must be the fundamental unencumbered metric - and it must be unconstrained by artificial (traditional doesn't correlate to legitimacy) restrictions.  The time for incremental improvement is past.  The time for "revolutionary change" in business development is here.  And that will take bold leadership - management isn't up to the challenge.

And that's why I now refuse to talk to companies about "global sales & export business development" or "inbound marketing approaches to customer acquisition."  Rather we talk about "reimagining" their business development.  That's too much for some folks.  And that's OK.  (Just remember that the idea of designing quality in was radical too.  After all, just adding social media to your marketing is akin to simply putting another set of eyes at the end of your assembly line scanning for defects.  It's addressing a symptom, not the issue.)

But if you are a leader in a business that is interested in exploring how "revolutionizing" your business development might work, let's chat.  I'll follow up promptly for a quick conversation.