Is Xerox to Blame for Your Mediocre B2B Marketing?

When did it all become free? 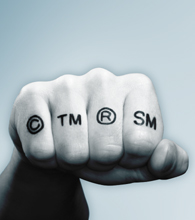 It certainly didn't start with Napster.  Although vilified, particularly in the music industry, the "peer to peer" (or piracy) sharing service didn't single handedly prompt the erosion of intellectual property rights that so many bemoan.

Maybe it was the Polaroid instant camera?  Maybe the Xerox machine?  Obviously as technology has accelerated, the decreased incremental cost and increased ease with which content can be shared (and rights abridged) has violently disrupted many business models built on copyrighted IPR.

And while the impact on newspapers and music producers has been an existential business model crisis, Tim Kreider's recent piece in the New York Times "Slaves of the Internet, Unite!" passionately describes the personal impact on 'artists' of all stripes.  And he tags the change, understandably to the internet.


This is partly a side effect of our information economy, in which “paying for things” is a quaint, discredited old 20th-century custom, like calling people after having sex with them.

Somewhere along the way the power of the internet morphed from allowing the inappropriate sharing of protected material to fostering the sharing of inane material.

Oddly now, merely having some collection of bits & bytes seems to oblige one to blast it about.

So we end up with this strange contradiction.  Material of value (at least to it's author, illustrator, etc.) which should be shared under control and while observing rights, is shared without consideration - disregarding all those inconvenient "signs, signs, everywhere signs" admonishing against doing so.  And yet material that has no inherent value, save a fleeting moment of titillation, is shared with equal gusto.  And thereby the valuable is devalued not only though the abrogation of rights, but further through the association with volumes of content, similarly shared, but having no value.

As a result folks who create 'content' find themselves unsure how to, or whether to ascribe value to that content.  In the B2B marketing world this is manifest through the ongoing debate over "gating" content.

In a recent blog post Ross Andrew Simons (@Ross_A_Simons) took another run at answering the question of "What's More Important: the Contact, or the Contact Info?" - or simply whether the content piece of your B2B Content Marketing should live behind a form or not.

If by our collective actions we demonstrate that even artistic and unique content has no commercial value to be broadly recognized, then how hubristic it is of B2B marketers to assert that their content is uniquely valuable and deserving of today's currency - the email address.

Perhaps the admonition that "content" must be "awesome" highlights more than the fundamental attribute necessary to accrue valuable social shares, but rather the benchmark to which anyone must aspire if they hope to be anymore than mere digital clutter.

Now we have a cadre of professionals whose objective is to actively encourage the profligate devaluation of their IP by hoping for, even fostering the broadest possible dissemination.

Are we to value it and protect it?  To value it and blast it around indiscriminately?  Or to simply discredit the inherent value of intellectual property and content?


Extension of value (or lack thereof)

But there's a further consequence of this irreconcilable contradiction.  And this is born by those who have become casual consumers of others IP.  It's the slippery slope of "do it yourself-ism"

It used to be that the erudition implicit in certain professional designations and accomplishments engendered great respect. But with Word, today everyone is an author, just as with Adobe, everyone is an illustrator.  Certainly certain professions retain an association with elevated incomes, but decreasingly for the knowledge and expertise required to practice them with distinction.

As the availability of information has exploded, the value associated with holding that information has decreased.  And the misapprehension that access to that knowledge was the only barrier in the democratization of a craft has taken hold.

And today, therefore, every small business owner wears the "many hats" of various functions for which they have little aptitude - yet for which, with a couple hours of googling, they believe they have achieved an adequate level of expertise.

How profoundly silly is that?  Seriously!  And how regrettable.

Earnest, hard working, intelligent folks have been hoodwinked, by the profusion and devaluation of content, into believing that simply doing is nearly as valuable as doing expertly.

And not only is the dumbing down of the refined and expert practice of various professional crafts tragic, in the case of B2B functions is typically detrimental to business growth and profitability.

But ironically, the same circumstances that led folks to believe in the power of DiY similarly foster a myopia that prevent them from recognizing the folly of their approach.

While we still discern differences in quality and value between wines (say '2 buck chuck' vs. Opus One) or music (e.g. an elementary school concert vs. the philharmonic) or legal counsel (for instance the expectation of expertise one has for a residential real-estate closing vs. a global M&A closing) - it seems that in business development the standard to which businesses hold themselves accountable is simply doing.  Who worries today about doing it well?

As Kreider said, "'paying for things' is a quaint, discredited old 20th-century custom".....