Revlon's Global Business Stumble - There's no lipstick on this pig

And sadly, it's all too predictable.  How many companies have fallen prey to the China obsession that has fixated the attention of corporate "strategy" folks?  Companies large and small have allowed themselves, or more precisely, made themselves victims of pop wisdom.

While a large, robust company like Revlon can absorb the costs associated with a poorly conceived market expansion of this sort, smaller companies often don't have that luxury.  Selecting target markets is a high stakes corporate decision - not one to be left to chance.

But to Revlon's credit, they also are demonstrating the willpower to walk away from enormous sunk costs.  The money invested on the initiative is gone - better to cut the losses.  But that's also, often, particularly difficult for smaller companies.

The US Dept of Commerce, through its International Trade Administration and Commercial Service divisions, has done a fabulous job raising awareness of export opportunities for American SMBs.  Working collectively toward success of the National Export Initiative several government agencies provide various support programs to companies interested in growing revenue and profits by expanding into new markets. 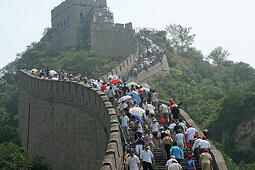 At the same time, buyers and traders in other parts of the world traditionally less domestically focused than the US market, are taking advantage of amazing technology and communications tools that allow them to find and buy products anywhere in the world - with relative ease.

And of course the pop wisdom, reflected in countless headlines, article and books around the BRICs have created a siren's call that few companies inclined to global growth have been able to resist.  And so like lemmings, the horde has rushed into China and a couple other high profile BRIC markets from where they have received inquiries.  Often without a clear strategy around the selection of the markets, action plan or even definition of success.  In short, they are dabbling in accidental export sales.


But Success Doesn't Come by Accident

Once accidentally engaged, then suddenly the reality becomes clearer. It is a long, hard climb (we'll run with the Great Wall analogy here!)

The barriers to success in the BRICs and other emerging and frontier markets can be daunting.  So many companies compensate by adjusting the definition of success.  Is it closing a sale?  Actually delivering product?  Establishing a local office?  Breaking even?  Generating a profit?

It's all too easy to "move the goalposts" to justify continued investment internally and avoid the difficult decision to write off sunk costs and admit failure.

And so companies, figuratively, keep trying to climb the wall....often alone, with domestic competitors taking pot shots at them from above.

But worse than the squandered resources is the larger and more damaging effect....frustration with the failure in certain markets is translated into a resistance to export growth in general.  And that is a failure of strategy...compounded.

Let me fess up here.  This is an easy mistake to make.  Just as most companies that sell internationally do so "accidentally" (where they happen to land rather than by rigorous market selection according to appropriate criteria) and become frustrated, I have too.  Ten years ago as the China frenzy reached a fever pitch, determined to engage in the BRICs, I founded a company in India.  Why India?  I believed (and still do) that long term it will be an incredibly dynamic market.  But at the time it offered two key enticements.  I could get going in the BRICs before it was too late....and it wasn't China. 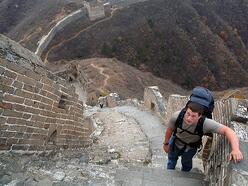 Clearly these were not solid business rationale - but if you're honest, they're probably not too different than those that you've used for selecting target markets.

The bad news is that I hemorrhaged money for years.  The good news is that my expensive lessons can save others huge expense in various resources.

If you're already thoroughly committed to BRIC market(s) you can still take a rigorous approach to sales channel development and management, and consider key product and marketing localization steps that will yield potentially huge returns.

If you're engaged in China, India or other emerging markets and growing frustrated, a thoughtful assessment of corporate strategic objectives and broad market opportunities might yield some interesting conclusions.  For instance maybe it's time to withdraw from China and focus on markets with much lower barriers.

And if you're considering going global, then do the tough planning now - before you potentially squander resources, and worse, jaundice your company against the potentially valuable global opportunities that could propel your business to great success.

Global business development success requires lots of consistent hard work and relentless execution.  But it must be built on an international sales growth methodology that accounts for a host of success factors.

And remember, you don't have to chase the BRICs.  There are many exciting emerging and frontier market opportunities which have lower barriers, favorable demographics and ease of trade.

All it takes is expertise, planning and a robust approach to strategy & execution!