It's not about posturing 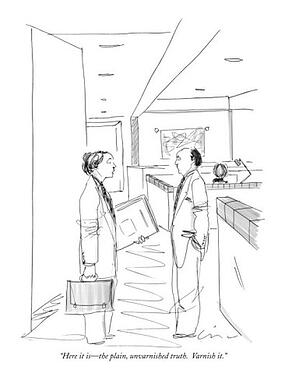 We've all heard spin.  And most of us can intuitively recognize it for what it is - typically some kernel of fact, or a plausibly deniable position, which is presented in an embellished manner with the deliberate intention of leaving the reader/listener with an intentionally distorted perspective.

Wikipedia simplifies it - "propaganda" it's called there.

And spin seems to be so prevalent now - not just in politics, but nearly every aspect of media which we consume.  And paradoxically, it also seems that as it becomes more prevalent, and reflexively adopted, it's increasingly transparent.

So if you're selling something simple, to someone who's already decided to buy it, a bit of spin might help - at least might not hurt.  They won't object to being manipulated.  But for B2B and complex sales - any activity which demands someone consume information and reflect on what they have digested - spin will destroy your credibility.  Even the Chinese communist party has realized that spinning yarns is decreasingly effective.

After all you're not undertaking extensive B2B inbound marketing simply to stake out a plausible position.  Your goal is some form of increasing engagement, lead generation, customer conversion and/or brand awareness.

B2B inbound marketing must not only help you to attract new prospects, but it must serve as a virtual sales person through approximately 70% of the typical buying process.

That means that trust and authority must be created and reinforced by your content - since you won't have the opportunity early in the process to do so directly.  And any scintilla of spin will dash any credibility or trust which otherwise worthwhile content might have established.

Authenticity was a recurring theme at HubSpot's Inbound13.  The premise was consistent - in a world where folks are bombarded by spin messages, and become therefore increasingly cynical, assiduously avoiding the negative energy of spin offers three benefits.

But just as we respond reflexively with "Good, and you?" to a polite "How are you today?", we are preconditioned to posture and babble when asked about our products.  So real authenticity requires courage and the ability to overcome impulse.

It requires that you work to ensure your products and services are really uniquely awesome in the value they create for your customers/clients.  And it requires that you are honest with yourself and not misleading with others in acknowledging shortcomings.

Nobody will expect you to be perfect.  They will expect that you are working tirelessly to support their own tireless work.  And they will be unforgiving if they discover that you are spinning them.  Whose got time for that?

Your B2B marketing and your content must be authentic - otherwise you'll simply be squandering your resources. 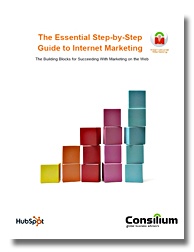