7 Reasons to Sweat FCPA Enforcement - yes, even your company

It's not just global behemoths any more 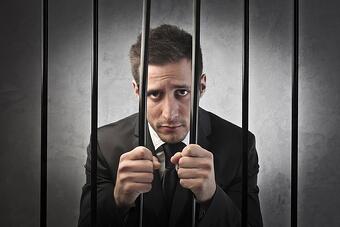 If you've heard of the FCPA (Foreign Corrupt Practices Act), and perhaps researched it a bit, you're in a minority of US business leaders - even among those that export. You're probably generally aware of the high profile actions against Siemens and the investigation of Wal-Mart.  But you probably haven't dug much deeper.

As experts have been predicting, though, greater SEC activity (FCPA was traditionally enforced by the DoJ but is now aggressively leveraged by securities regulators as well) has somewhat changed the landscape.

One could argue that there is political motivation (around firearms manufacturing) which added zeal to this prosecution, and privately held companies could take solace in the fact that they wouldn't face compound scrutiny from the SEC in addition to the DoJ.  But to do so, even for privately held SMBs, would be to 'whistle past the graveyard.'

Because most businesses are generally unfamiliar with the FCPA, perhaps assuming it's not pertinent to their activities because naturally they don't condone corruption, there are areas of unmitigated risk which represent both short and long-term exposure...for every business with international sales.

So what's the upshot?  Simply cower within the US borders and eschew the dynamic opportunities of global markets?  That's one approach.  But remember you face similar expansive risk with employment law domestically, for instance, and you've figured out how to mitigate that.

Alternatively you could endeavor to really understand the landscape of FCPA enforcement and develop and implement consistently applied best practices across your global business activities.  Doing so will substantially reduce the potential for a violation, and in the event of a rogue employee or rep violating the FCPA you'll have a framework for handling the violation and a strong case to argue against an enforcement action.

But first you have to understand what you face.  Do you?

Wondering what other poorly understood risks or missed opportunities might exist in your global business program?  Check out our free eBook...and consider the value of an experienced export consultant!