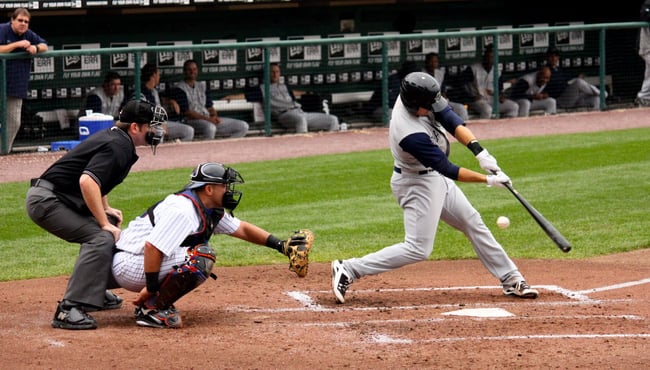 Inbound marketing is about revenue growth

The bottom line of inbound marketing is typically the top line - what revenue growth does it drive.

There are other very compelling reasons for B2B companies to embrace inbound marketing (impact on valuation and creation of strategic assets for instance.)  Of course not every company wants huge revenue growth.  Some really just want profitability, predictability and stability.  Inbound marketing can deliver that too.

One of the bedrock principles of content marketing is to really understand target prospects (personas, complex 3D buying journeys, focus on ideal/profitable customer profile) and that means creating marketing which helps to self-select the leads which a company wants to nurture - those which they think can likely become profitable, loyal customers.

So focus, or filtering out irrelevant traffic, is important.  But many companies arbitrarily disregard 95% of their potential buyers!

And HubSpot, despite it's own success story and its emphasis on teaching and empowering practitioners of inbound marketing, is promulgating this myopia with a huge whiff on a fastball down the middle.

95% of world's buyers are outside the United States

As an international business consultant (and Export Advisor to American Express) I spend a lot of time helping companies envision the scope of their international sales opportunity and build the skills required to capture and execute on it.

One statistic that ends up in nearly every conversation is the US Department of Commerce's finding that only 5% of the globe's buyers (and about 25% of purchasing power) reside in the US.

The traditional barriers to US companies chasing that opportunity were many - but basically it was hard, expensive, time consuming and risky for companies to go exploring to try to find the customers.

The internet changes that, and there's no clearer example than HubSpot itself.

The inbound marketing methodology which HubSpot developed is based on being helpful; providing resources, insights and information which will be valuable to people trying to understand and solve problems they face.  It's about being anywhere with the right insight, at the right time, when someone searches.

And in a world where there are said to be more internet enabled mobile phones than toothbrushes, those searches come from everywhere.  Suddenly the barriers haven't just been reduced - they've been eliminated.

That's a good place to start, and marketing more effectively is an improvement for sure.

But HubSpot built its success on teaching companies how to succeed...For instance, early in their history HubSpot battled some churn problems.  While the product has improved in the meantime, the huge step toward reducing churn was their focus on helping companies excel at inbound marketing.  The software itself was a tool - but their investment in methodology helped their customers succeed which increased sales, and therefore it reduced churn.

In other words they've helped to shape mindset - and helped companies succeed as a result.

What's interesting in HubSpot's own inspiring growth story is the different model that they used.  It's a model which they've promoted to investors, but have failed to articulate for customers.

HubSpot set out to create great marketing to help marketers become more effective.  The approach to thought leadership and "helping" proved very effective at lead generation.  And interestingly they started to generate leads from around the world.

The data wizards took a look at where pockets of potential activity existed, and began to incrementally focus some lead follow up and sales resources on those opportunities.  This was nothing fancy - it was a couple folks who were open minded and wanted to beat the Boston rush hour; who showed up at HubSpot at 4 am and worked the phones globally until 4 or 5 pm (they were on commission....)  Without any grand global growth plan; with no particular language skills or cultural familiarity; and significantly without any product localization, they gradually built a body of customers directly and through channel that they cultivated.

As they developed pockets of business, then the next logical step was to incrementally tailor marketing and sales for key markets.  So they opened an office in Ireland, staffed by both expats and indigenous employees (and presumably selected Ireland for software development resources and favorable tax treatment for IP) who began to grow the European market.  Later they added some German language content (sales site and blog).

Concurrently new markets were identifying themselves as well - In 2013 their fastest growing reseller was in Japan - without a Japanese HubSpot site and without localized software!

Since then they've acquired customers in more than 90 countries, opened additional international offices in Australia and Singapore and have created versions of their website available in Japanese, Spanish and Portuguese in addition to the original English and later German.

Bottom line?  HubSpot is an incredible growth story.  They've modeled a methodology which could be leveraged by many of their customers.

Oddly though, while they've created an entire industry and community around "inbound marketing," they've failed to codify this global approach into actionable information for their customers/prospects that want to grow.  Marketo, in contrast, has for several years offered their "Definitive Guide to International Market Entry and Expansion."

As an international business consultant I was first drawn to HubSpot for it's potential to help US companies expand globally, and I've been watching this movie with interest.   I've had conversations with Brian Halligan (@BHalligan), HubSpot's CEO, on several occasions and he's agreed with the opportunity for HubSpot customers.  I've also chatted with David Meerman Scott (@DMScott) (one of HubSpot's advisors whose business is extremely global); with Jeetu Mahtani (@JMahtani leader of HubSpot's Irish expansion); and many others within the organization, as well as other VARs.  Some, like Halligan, have understood the opportunity for US companies to use the tool to expand globally.  Others haven't.  In fact when we first engaged as a HubSpot partner we were assigned to a rep who handled foreign VARs although our office was less than 50 miles from HubSpot's.  Similarly, last week when speaking to a group of VARs about how they could help their clients grow even more by embracing global markets one told me that her agency already had clients overseas - obviously we missed each other somehow.

But let's assume my argument was poorly constructed.  The breakdown could have been my convoluted explanation.  So let's look at those actions that speak loudest.

On the plus side HubSpot recently hired Nataly Kelly (@NatalyKelly) as a leader of the international program.  It's not entirely clear, but I gather that her focus will be on helping HubSpot acquire more international clients and to that end they've recently undertaken some more specific international market research.  Nataly has authority in the translation world (contributor to HuffPo and HBR on related topics) and she recently contributed an article to the HubSpot Marketing Blog focused on helping US companies with international marketing (read more at Going Global: 22 Growth Hacks & Resources for International Expansion where she doubled down on my article "Thinking about going International?  11 tips for Inbound Success Overseas")  They also recently launched a translation platform "connector" with translation and localization firm Globalization Partners International.

But in the negative column, here's one of the most telling anecdotes.  Leading up to the Inbound conference each year HubSpot shares exciting news and updates with it's sales channel under a strictly enforced news embargo.  This year as they listed a number of product innovations, enhancements and platform extensions, they included the important information that they had finally localized the product in five languages.  Then, a week before Inbound began and 8 days before the founders' keynote at which they role out the updates, HubSpot broke their own embargo with a press release.  Did they announce all the news?  No.  Only that bit which apparently didn't merit the build-up and attention....the product localization.

So what does all this mean?

HubSpot does an awesome job changing minds, creating opportunity and teaching.  But not all the important lessons are in an eBook, slideshare or online training session.  In fact this important one is barely mentioned.  Maybe they don't think customers are interested.  And they may be right (they are data folks after all.)  But then again, the world wasn't interested in inbound marketing itself either......until they suddenly were once HubSpot helped them to see why it mattered.

Global growth is more feasible than ever for companies that embrace inbound marketing.  The buyers will find you.  The days of a risky, speculative, long-term experiment are over!

So don't wait for HubSpot to lead you through step-by-step, because this isn't a translation story.  In fact, translation can torpedo your global efforts.  The same important steps that contribute to your domestic success (understanding of customers' business issues, deeply researched personas, journey, valuable content mapped against stages in buying journey, etc.) are critical internationally - and probably different than domestic.  But you can do much of what you need in English first, and incrementally localize your marketing as data shows you where to focus.

First, whether you talk to me, export.gov or another international business consultant,  talk to someone or at least think about it.  International sales increase revenue, diversification and bring various other benefits such as enhanced business value.

Then, If you're an agency, remember that your clients are paying you to help them grow.  Here's a great avenue.  (Want someone who is conversant in the work you do with them domestically, and with expertise to help you extend globally?  I can help.)

If you're an in house marketer, imagine rolling into your next staff meeting with a plan to grow leads by reaching 95% more buyers.  Wouldn't that be a rush?

Worried about the transactional details?  It's good to be aware, but there are no insurmountable impediments, and risks can be mitigated.

Check out our free eBook on the alchemy of inbound marketing and international sales.  It's written from the combined perspective of an international business consultant and a digital marketing expert - but grounded in real experience, not hypotheticals.