Is Argentina your best market bet in 2016? LatAm? Nicaragua? Brazil?

Even a casual follower of world news knows that Argentina has evolved from one of the world's wealthiest and urbane locations to an economic footnote. (Check out the CIA factbook for more details on Argentina.)

Hyper inflation, bond defaults, export controls and price controls were examples of the economic policy practiced by successive administrations. Secret police, rigged elections, judicial intimidation and other indignities were inflicted on the public. 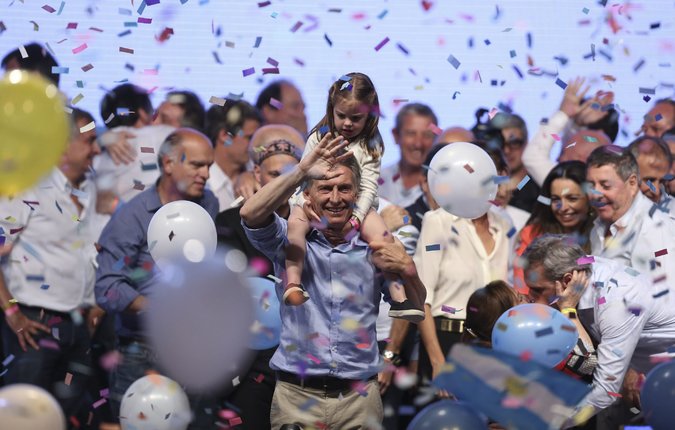 But Mauricio Macri's surprise victory in last fall's election could well be the catalyst to usher in an Argentinian renaissance - and one which could represent an enormous market opportunity for US companies eager to grow their Latin American business.

Macri is quickly implementing bold changes amidst substantial public support. Increasing agricultural exports will create a flow of revenue which has been sorely missed in the isolated economy. As citizens become more confident they'll begin to return the estimated $200Bn which they've stashed abroad.

Is now the time? Will US companies easily grow the market and achieve rapid profitability? It's impossible to know for sure. What's clear is that the market opportunity has been artificially suppressed and that the limits may now be quickly removed. That's often creates a favorable set of conditions. It's certainly worth watching closely and maybe exploring. Both the US export assistance information and that of the UK provide some market background.

Latin America offers interesting export opportunities for US companies. Minor time differences, language (at least Spanish, if not Brazilian Portuguese) is widely spoken and taught in US schools, and frequent flights depart from various US gateways to many LatAm destinations.

One big factor to watch will be how Macri manages the Mercosur barriers that impede many companies' efforts to enter the Brazilian market. And speaking of Brazil.....

I wrote last year that the disastrous news flowing from Brazil may represent a great market entry opportunity. Of course you wouldn't want to head there now to launch a greenfield expansion initiative, but for a variety of structural reasons that's rarely the way to enter Brazil anyway. Cultural and trade barriers often indicate a strategy built around a local entity - JV or subsidiary for instance, but at least some local final assembly.

And this may be the perfect time to make an acquisition. Middle Market companies leverage inorganic growth too infrequently - it's a wonderful way to bolt on long-term, deep local relationships so key to business success in Brazil AND a local presence which can be important to overcome tariff barriers.

There are risks - taxation and bureaucracy are well know business challenges, and corruption has recently bubbled to the surface in a very prominent series of scandals and trials. As a US company exposure to successor liability for FCPA violations must be an important focus of due diligence.

Well, deals are getting snapped up despite the constant flow of bad news. Valor Economico, a major Brazilian financial paper recently published research, analyzed and interpreted in a great article (subscription required) from Geopolitical Futures.

investors’ main interest lies in buying assets which already exist in the country – multinationals, sovereign and private-equity funds, and forced sales. In general, investors are savvy about markets in which they plan to inject money and aim to buy assets when they are very cheap; in other words, towards the bottom of a cyclical downturn. If investors believed the Brazilian economy had structural issues, they would not consider it an investment destination.... Our model also notes that a byproduct of this stability will be the increased attractiveness of markets in the Americas. Due to this relative stability, there is a higher likelihood that the economic challenges in parts of Latin America, including Brazil, are part of the normal business cycle and not structural. Therefore, investors’ behavior should be taken as a strong indicator that Brazil’s economy will eventually recover. In this case, the investment community is clearly signaling that Brazil’s economic downturn is cyclical.

Maybe it is time to get serious about an acquisition in Brazil? Although it might be worth avoiding Rio until the Olympic chaos has passed.....

Check out these stats from The Daily Pfennig.

Today's Nicaragua is vastly different than the one portrayed by news reports of Sandinista guerrilla activity. In fact, based on these basic economic metrics, it's far healthier than the US.

As with any market, it's up to you to do due diligence. Local conditions may be favorable or inappropriate for your product/service and in that case general economic strength is irrelevant.

But as instability grows in many of the previously high growth regions of the world, it may be time to look to markets in the Americas for tomorrow's opportunities.

Bring markets to you

Identifying and entering markets based on hypothesis and research is always a speculative approach - and one that often leads to significant investment and frustration. Alternatively companies that build great digital marketing can extract data based insights from their traffic and activity to identify market opportunities.

It's an incredible opportunity for companies to #DeRisk their international expansion. Download our free eBook to learn more - and call me if you'd like to explore how you could leverage that approach in LatAm, Africa or other markets with particular market appeal.