Nan-in, a Japanese master during the Meiji era (1868-1912), received a university professor who came to inquire about Zen.

Nan-in served tea. He poured his visitor's cup full, and then kept on pouring. The professor watched the overflow until he no longer could restrain himself. "It is overfull. No more will go in!"

"Like this cup," Nan-in said, "you are full of your own opinions and speculations. How can I show you Zen unless you first empty your cup?" via ashidakim 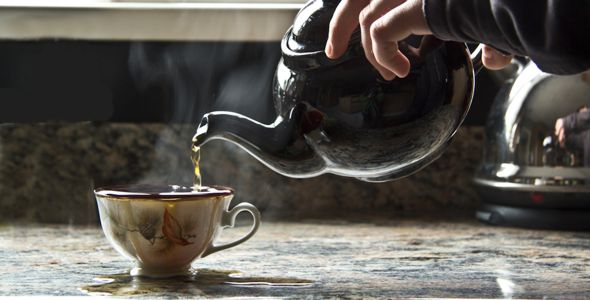 "That's a great idea, in fact, that's what we already do"

Right.  And you already 'make stuff' too, right?  Except the details of what you make, how you make it, how you help customers integrate it into their processes, etc. is probably VERY different from your competitors....who also 'make stuff.'  So you know from your own market that it's entirely possible to 'do something' in very different ways - in fact extremes exist on the 'doing something' continuum ranging from poor to extraordinary.  And where you land depends on the vision, strategy, expertise and rigor of execution that you bring to the challenge.

The point is that I speak with many CEOs about growing through a digital approach to global success (digital marketing & global sales growth - including domestic) who tell me that they're already doing digital marketing and already exporting.  And it's quickly clear where they land on the continuum - but it's also clear they're deluding themselves.

Traditional approaches to B2B sales growth have been pretty consistent for the past couple decades.  Yet markets and conditions/expectations have changed.  The diversion of the two creates a 'no man's land' for those who can't objectively assess their position and a huge opportunity for those who do.

CEOs are a great group to work with.  Their smart, driven, creative and determined.  All attributes required to really nail a growth strategy in today's markets.  Yet they're also accustomed to achieving things they've been told repeatedly are impossible, and in many case they have built their business on their ability to invent and create value from the ether.  So they approach problems assuming that they can figure it out and "do it" better than average folk.  In some cases that's true.  In others their confirmation bias gets in the way of recognizing when they're out driving their competence headlights.  But they're accomplished folks who generally don't have much tolerance for mediocrity among advisors.  They've heard too many times, from too many different people in too many disciplines that they can be helped - and been disappointed.  So they're understandably jaundiced against outside advice, and strongly inclined to figure it out themselves.  And in many cases they bootstrapped their growth and have a natural inclination toward inexpensive homegrown solutions.  As a result they often use the wrong benchmark.

If your outlook is predicated on 'inventing' solutions for tough problems that haven't been solved, then even a mediocre solution, which is later refined, is a huge leap forward.  And if you've been serially disappointed by others purporting to be experts, who failed to deliver any insight, that outlook is reinforced.

But there's a huge opportunity cost to that skepticism - according to a recent "Content Marketing Insight Report", 60% of SMB executives aren't even open to paying for assistance in B2B marketing.  That's not 'wish they could but don't have money', rather it's 'unwilling.'  And yet according to the very frank assessment of Authentia's Jon DiPietro, manufacturers 'are horrible' at digital marketing.  That's a significant handicap in a world where 93% of B2B buying starts with internet search; buyers are 70% of the way to a decision before they'll speak to a rep; and 74% of B2B buyers select the first vendor that provided value to them.

That 74-93% of the market is the opportunity cost of your skepticism.

Maybe the solution is to get radical....

Change it up - Start gambling with your marketing

Of course not literally, but if you can empty your cup a bit, not only will you potentially see value in a digital marketing consultant to help drive B2B sales growth, but you'll aslo find interesting intersections with other disciplines.

Does your marketing team currently exude those attributes?  Probably not.

But then they never needed to when they decided to become marketers.   traditionally marketers haven't rocked the boat.  Sure, they've been 'creative' and that ruffles feathers every now and then.  But they've stuck to the traditional approach.

In her new book Better than Before; Mastering the Habits of Our Everyday Lives, Gretchen Rubin quotes Jean Rhys - "One is born either to go with or to go against."  Most of today's marketers were born to go with....and what's needed is more willingness to go against.

The close the 'imagination gap'

strategy&'s recent article, The Imagination Gap, notes that even as the digitally driven imperative for companies to adapt intensifies, "many business leaders are still unprepared."

Although a gratuitous slam of the Boston Red Sox as a "paradigm of a perennial loser" diminishes the articles gravitas, it's still worth reading.  It's up to leaders to not just incrementally adapt, but to imagine radical changes.

And be willing to 'unlearn'

There are lots of people who embrace learning and new approaches. But in most cases the new approaches are experimental, or additive.  So the sales approach may go from "Our sales reps generate their own leads.  They use primarily referrals and cold calls.  That's always worked.  We're still doing OK."  to "That sounds interesting.  We do have more people call us after researching everything on the internet.  We've got a website, so maybe we'll do a couple blogs and add a bit of social media.  When our sales reps aren't cold calling that will give them something to follow up on."

And that doesn' work.  The key as Josh Linkner lays out here is your (and your company's) willingness to unlearn.  Your prospects aren't checking the internet and then going to the yellow pages.  So why would you expect a static website and cold calls to work?  Instinctively you understand that buyers have changed....but you haven't unlearned the old way yet.

And it's also time to learn more about how you can conquer B2B digital marketing.  Download our eBook that lays it out step by step.