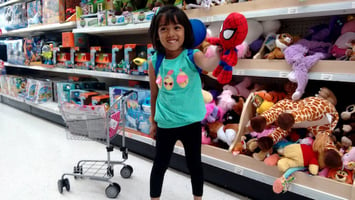 Since Toys-R-Us announced on March 18th that they'd be closing all their US stores there have been numerous articles published attributing the demise of the retailer to Amazon and ecommerce. That's absurd.

Anyone who's a GenX or millennial has memories of Toys-R-Us outings. Occasionally you ran in on the way to a birthday party to grab a gift quickly, but that sort of visit was an outlier. In most cases the store visit and experience were the product - that some toy purchases often resulted, was the Toys-R-Us retailing strategy.

Now, along the way lots of things changed.

None of those doomed Toys-R-Us. Instead management clung to it's model of being a destination/event even when it no longer satisfied the entertainment expectations of dwindling numbers of kids.

Could they have made it work? Debt load aside, perhaps. After all Kemper Freeman has built a thriving mall in the shadow of Amazon's headquarters...in fact Amazon has even opened a store there!

But the business model broke gradually, as they often do, and management didn't get it.

There is a company in the United States that began by offering a few products directly to consumers, and then quickly expanded its offerings until they included almost everything a person could want. This company went directly to the consumer, bypassing local brick-and-mortar stores, and became enormously successful, meeting the needs of its customers all over the country. Of course, the local stores were often (as economists will say) “disintermediated,” which is a fancy way of saying they couldn’t compete on price and selection, let alone delivery and convenience, and went belly up. And with them went the jobs of the people they employed. Mauldin Thoughts From the Frontline

No, not Amazon. Sears, Roebuck & Company. Sears was the big bad disrupter. How's this for hubris?

“'No one has to tell you you’ve come to the right place. The look of merchandising authority is complete and unmistakable.'

That’s how the New York Times described Sears in 1983.

'In the markets we enter, we’ll be dominant,' said its head of retail. Few doubted it.

After dominating American retail over the previous century, Sears in 1983 was pushing into banking. Few doubted it would win there, too. 'On a scale of 10, not to be flip about it, I’ve got us at about 10.5,' its chairman told the Times.

That wasn’t hyperbole. Sears was the largest retailer in the world housed in the tallest building in the world spreading its operational expertise into new businesses. Its catalog was the Amazon of its day.

Then everything fell apart.

Sears made more profit in 1954 than its market cap is worth today." - CollaborativeFund

And it's not just in retail

Between these two is somewhere nestled your business model, in a world where the half-life of information is rapidly decreasing. Shane Parish cites research indicating that the half-life of the knowledge required for an engineering degree is today between 2.5-5 years. Therefore, in order to just keep pace with newcomers, a typical engineer must invest 10-20 hours/week in additional study and education!

Parish further excerpts Saul Kaplan's book The Business Model Innovation Factory: How to Stay Relevant When the World is Changing:

During the industrial era once the basic rules for how a company creates, delivers, and captures value were established[,] they became etched in stone, fortified by functional silos, and sustained by reinforcing company cultures. All of a company’s DNA, energy, and resources were focused on scaling the business model and beating back competition attempting to do a better job executing the same business model. Companies with nearly identical business models slugged it out for market share within well-defined industry sectors...

What's the Half-Life of Your Management Expertise? Your Business Model?

If you're an industrial manufacturer, both are probably shorter than you think. But, that doesn't mean you're going to crash. After all, Eddie Lampert is still pouring money into Sears! And if you're content with the "as good once as I ever was" in Toby Keith's ode to aging, then don't sweat it. If the half-life of your business model is five years, you can probably earn a salary from your company long enough to pay kids' tuitions and retire. (Decaying 50% every five years means you'd still have a 25% effective business in 10 years.)

But if you're concerned about future generations, the livelihoods of your employees, perhaps some legacy and more...then a half-life any shorter than 15-20 years probably needs to ratchet up the awareness level. And we're almost certainly past that point.

Most companies, and most managers tend to think in terms of incremental tweaks and changes - not step change opportunities like PaaS (product as a service), data and more.

Here's the worst part. 2nd & 3rd generation managers normally can't see the threats or opportunities. They've focused on process - which is the narcotic that clouds the vision of disruption. And entrepreneurs, or 1st generation managers, are often so Quixotic in their pursuit of the original vision and required pivots that they may not be aware of background trends in the interim.

The point is that it's really, really hard to detect, aerate and respond to large changes - especially when they're not even direct changes for your business, but indirect ones which will impact your customers, or even theirs.

So a couple quick takeaways:

In the meantime this guide might be helpful. It lays out questions to spur the important discussions with management and directors.