You've read about Neil Howe, The 4th Turning, and the saeculum theory of social change on my blog before. In short, the well researched and documented theory contends that throughout history a generational pattern has prevailed which explains sociological change.

We go through a series of four 20-year cycles during a saeculum. (Learn more from Howe's website here.) In short, it will come as no surprise to anyone who observes the news and politics, that we're in the middle of the crisis phase of the saeculum.

This has enormous implications to business strategy and planning and should be part of the reading and discussion among every executive team.

But...it's not just a sociological phenomenon. 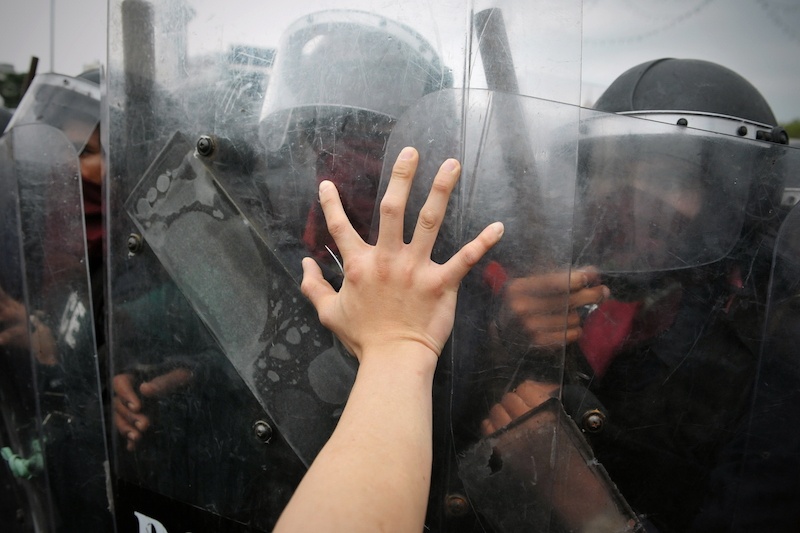 The 4th Turning for Complex Sales

One of the reasons Howe's research and theory are so fascinating is that they can be backtested as well as used for predictive purposes. Generations follow certain roles. Events unfold as a result of how society evolves, and therefore there's a correlation between generations, global crisis, and business.

I was fascinated, therefore, to hear Neil Rackham propose a similar theory around evolution in sales. If you haven't seen the SalesForce.com documentary on sales, check it out here. Before you watch the whole thing, though, jump to the 3:17 mark in "Chapter 2 - The Evolution of Sales." There you'll find the author of SPIN Selling suggest that complex sales doesn't evolve incrementally. Rather, he suggests, "every once in a while, maybe every 30-40 years, there's a breakthrough."

Examples of those include objection handling, SPIN and strategic / solution sales.

This makes complete sense since sales isn't an abstract process, but one that involves interaction with buyers who are changing generationally.

The intersection of turnings

Howe describes the 4th, or crisis, turning as follows:

This is an era in which America’s institutional life is torn down and rebuilt from the ground up—always in response to a perceived threat to the nation’s very survival. Civic authority revives, cultural expression finds a community purpose, and people begin to locate themselves as members of a larger group. In every instance, Fourth Turnings have eventually become new “founding moments” in America’s history, refreshing and redefining the national identity. America’s most recent Fourth Turning began with the stock market crash of 1929 and climaxed with World War II. The generation that came of age during this Fourth Turning was the Hero archetype G.I. Generation (born 1901 to 1924), whose collective spirit and can-do optimism epitomized the mood of the era. Today’s Hero archetype youth, the Millennial Generation (born 1982 to 2004) show many traits similar to those of the G.I. youth, including rising civic engagement, improving behavior, and collective confidence.

It's likely that the trigger for this turning was the 2008 financial crisis. We're now seeing many of these reactions. Think of #MeToo, digital privacy and of course politics.

How does this apply to sales and revenue growth? It wouldn't be outrageous to correlate the decline in effectiveness of traditional prospecting and sales techniques with the onset of this crisis.

Direct mail, trade shows, cold calling and advertising were reasonably effective up until around 2010. Certainly technology has enabled an acceleration of change and different buyer behaviors, but what's driven those are buyer expectations. And those are largely a function of the world around them.

However, I'm also adamant that technology itself is never the problem, and therefore never the solution.

Smart companies are asking, therefore, when they look back in ten years at this "founding moment" of a new complex sales methodology what will be fundamentally different? Certainly there will be new technologies, but how will buyers and sellers interact differently?

There will be two major areas of difference from today.

First, the way that buyers and sellers identify who they want to interact with will shift. The emphasis on business outcomes and way of doing business are moving quickly through the inbound marketing methodology to an insights driven focused exchange.

Second, companies will adapt to buyer expectations for an integrated relationship. The longstanding silo structure of PR, marketing, sales and customer service will evolve into a revenue growth continuum.

Of course tactics will evolve too, as social norms and standards change. But those will be simpler operational changes.

What an opportunity! While many companies quibble about what database they should buy for cold-calling, or what sales training to engage, others are visualizing and preparing for a revenue growth world during the next 1st Turning of complex sales.