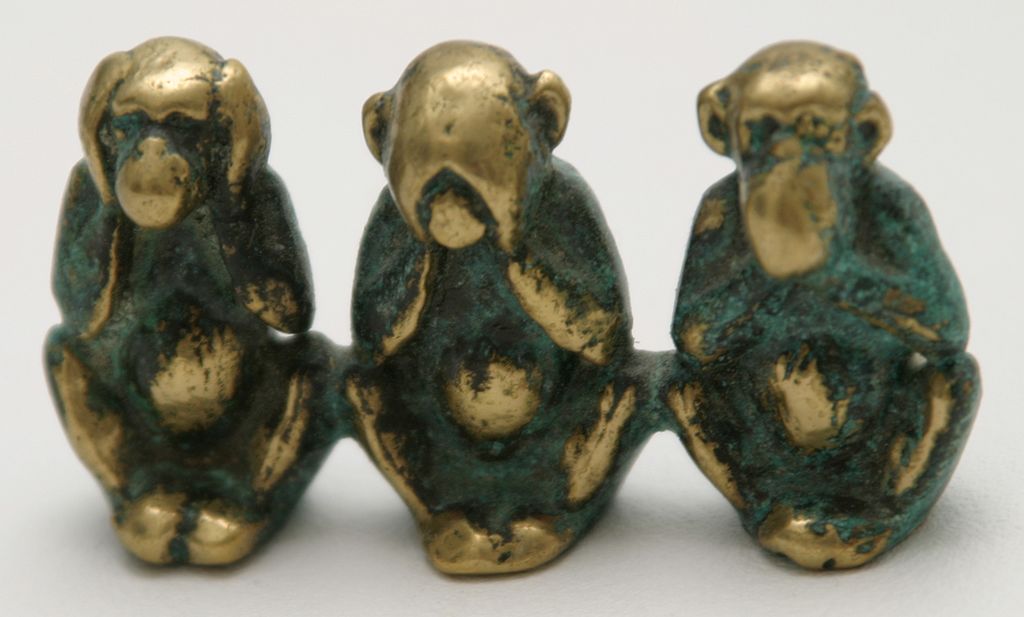 Does your pipeline pile up at quotes?

And yet it keeps happening. And as it becomes easier for prospects to hide behind internet anonymity (see, hear & say nothing directly to you) it's happening more to sales teams that used to be above average.

That's because the personal interactions that used to be fundamental to assessing various factors of interest and buying probability have largely been replaced with digital interactions.

It's well understood that email is effective for transmitting facts - but problematic at capturing and conveying nuance. But the problem is bigger than that.

Have you ever had one of those moments of B2B sales panic when you found four competitive sign-ins in a prospect's visitor log in the lobby (back in the day when sales teams made sales calls)?

What was your reaction? Probably some form of "They're talking to THEM??!!" Well of course they are. That's their job, right?

But you knew it - whether by asking questions artfully but directly, by sleuthing in the visitors log or even asking one of your internal contacts. And because you knew which competitors were active, you were able to address what you knew to be the implications as you went through the sales process.

You were face to face and knew when they "looked like you needed a beer."

No matter how devious prospects may be, or you may assume they are, the reality is that they want to make the best decision they can, as quickly as they need to. They've got the same overwhelming workload and competing priorities as you, and when you assume that they are focused on your solution - just because it's the most important thing in your universe - you'll lose.

Your marketing needs to sell virtually (not eliminating direct sales, but establishing the authority to open conversations) according to various perspectives and priorities common in team buying.

But you can't just hang your content on the web and assume that it's all consumed by the right people in the right order so that they reach the only reasonable conclusion - that your product/service is the right one. Instead you must replicate the face-to-face B2B sales interactions of yesterday, to determine when they're drifting away.

To state the obvious, there is no substitute for actual personal conversation - in person or by telephone. For many prospects that's not important. Like you, they assume that any information that's pertinent is available online - if they don't find it easily searching, it must not be relevant. Further, they have faith in their ability to analyze the options and select the best option. So it's not that they don't want to talk to you - it's that they don't think they need to. Yet the absence of direct contact frustrates most B2B sales teams.

The next best solution is to use marketing automation to understand when they're looking "like you need a beer."

Download our free guide to the art & science of marketing automation

If a prospect takes calls or reads their email as you sit with them in a meeting, you can draw some conclusions about their interest and engagement. Similarly if they stop taking calls or cancel meetings you'll know that something's changed.

You can do the same by tracking their digital engagement with you - sort of like an inverse lead score.

The opposite is often true.  As formerly engaged prospects start to drift away they will open and read fewer mails; they'll visit your website less frequently; and they'll consume less of your content. Do any of those behaviors mean they're close to buying a competitor's solution? Not necessarily - any of a number of explanations could apply. However, if they're closer to another solution, those are also likely indicators.

So why not set up marketing automation scoring and workflows that notify inside or field sales of prospect "disengagement"? Provide reps with scripts and email templates that make it easy for prospects to share "what's changed" and give your team a chance to save the deal.

Prospects probably aren't choosing against your solution - they're simply gravitating toward one they understand to be better. In a world where prospects hide behind the internet and say nothing, if you can discern that evolution from their behavior you'll substantially improve your B2B sales success rate.

Give your teams the tools they need to read their prospects' faces for when it's time for an uncomfortable but necessary conversation.

Download our free guide to marketing automation to learn more.