Did you attend Drift's Boston event on September 4th?

If so, you were treated to a surreal spectacle.

Grant Cardone took the stage to offer his insights into marketing...and a number of other topics.

The substance of his message was to simply bombard anyone and everyone with social ads and emails. We'll unpack that a bit below after acknowledging some of the more bizarre aspects of his conversation.

Clearly he's built his personal brand on flamboyance. So hyperbole and provocative positions shouldn't have surprised anyone at the Blue Hills Bank Pavilion.

But his gratuitous and unrelated digression into his airborne (of course he had to work in the jet - that's a core part of his persona) sexual activities was odd. Not content to simply mention his affinity for sex at "five miles in the sky" he proceeded to call out his wife, whom he had just had stand, to predict that within a couple hours they would be engaged in coitus en route from Boston to Las Vegas.

It was so odd, unnecessary, and unrelated to the topic that I sat wondering if he was drunk - or perhaps, at 11am on Tuesday, still drunk from a long Labor Day. (I was also surprised that nobody among the 4,000 largely progressive Boston crowd reacted to his degrading his wife from the stage as he did. It was certainly a missed #MeToo moment.)

Should you SPAM & Abuse?

Using a number of anecdotes, Cardone spoke of friends and staffers who advised against excessive emailing and ads. And his response in each case was to dismiss their naiveté.

"Hit the list again!" he'd shout - if they're weary of receiving our emails, then email them some more.

To a friend who suggested that the social ads were excessive he responded "Get off Facebook. You can reach me by phone."

Perhaps this was intended simply to shock - more on Drift's intent below. But it's certainly counter to most accepted wisdom and best practice. 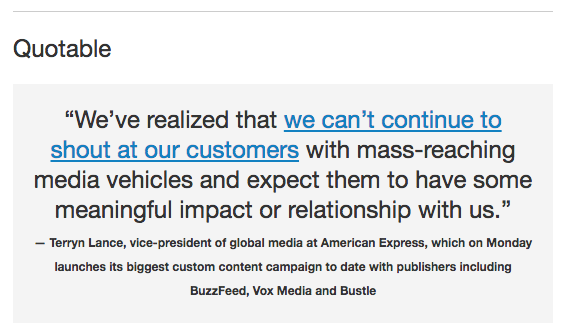 We've been conditioned to think in terms of permission based marketing, and we talk about using marketing to "help" buyers find the right solution to their problem.

Certainly Cardone's "advice" flies in the face of consensus beliefs.

But is it wrong?

As recipients of the emails or ads (especially retargeting!), Cardone's approach is obnoxious. And he was right when he said "Who cares! It's easier and faster to just delete than it is to unsubscribe and that's what most people do."

But, here's the flip side. We all have the perplexing experiences talking with prospects who are surprised to learn of our ability to help with a problem....even though we think we've shared that with them repeatedly in conversation, email and other marketing and sales communication.

Maybe we used different words; maybe their mind was in a different place; maybe we didn't ask the right questions to help them frame and associate our ability/product/service/solution with their challenge; or maybe we incorrectly assumed they understood the problem/opportunity they had and therefore would naturally connect the dots to our solution.

There's not much worse (aside from being Mrs. Cardone sitting at Hypergrowth) than learning that the reason you lost a deal was because someone else offered a solution/capability that the buyer thought you didn't have....even though you did.

And Cardone is right in that regard. Delivering the right message, at the right time, in the right place takes repetition. The question is how much. People are banking on AI answering that question. I'm not sure that it will.

Some days I'm a buyer. Some days I'm not. Just because I've ignored or objected to messages at one time doesn't mean they're unwelcome, or that I won't value them at another. (Although my actions reveal where I am at any given time...if only we could know who's actively buying....hint - see below!)

How much repetition is appropriate? Effective? That's a question that every company and individual has to answer on their own - but my gut feeling is that it's probably more than we naturally assume.  And of course the answer is probably variable - from B2C vs. B2B and depending on the industry.

What was Drift Thinking?

I didn’t think my opinion of @GrantCardone could go any lower but listening to him here at #HYPERGROWTH18 it has. Sorry @drift, this was a #fail

He succeeded in getting people to talk which is a lot of what he is about. Also, unfortunately as much as I hate what he says/is, some of what he says is true. It seems like you have to be polarizing these days to get noticed.

Let's assume that the Hypergrowth planners knew he'd offer controversial ideas on marketing but didn't anticipate his prurient and degrading treatment of his wife.

In that case, upon reflection, my initial dismissive reaction was probably too strong. Too often we breath our own exhaust (live in an echo chamber...whatever metaphor you prefer) and just float along accepting as fact what is actually only opinion. Our biases complicate our thinking and often degrade our performance. And this is even more pronounced at today's SaaS user events which are often big Kool-Aide drink fests.

So kudos to Drift for challenging common wisdom. (Although as a subscription paying customer, though, I think they could have found a provocative speaker without the baggage and for a much lower fee - perhaps shepherding company resources more prudently!)

But....they should have better prepared MC Dave Gerhardt. Following Cardone's remarks, "DG" stepped back on stage offering the usual high energy pablum of "awesome!" They knew going in it would be provocative, and should have prepared remarks to acknowledge the intent and reinforce the value they hoped attendees would extract. And on the fly, the Drift team should have recognized the importance of apologizing to Mrs. Cardone and taking a position on the unseemly commentary that sullied the event.

The Role of Buyer Intent Data

At the core of his message, however, was the challenge of being in front of buyers at the right time. We can calculate that roughly only 1.5% of people actively searching an organic non-branded term will actually become inbound marketing leads....even if we do everything really well.

That's not enough to grow a company consistently.

We need a way to watch for buying triggers and to observe buying journeys to understand who's actively researching the product or service we sell.

That's the power of buyer intent data - to put our marketing, BDRs and sales in proactive and productive communication with the right buyers at the right time. Not only is it effective (50% increase in close rates and 82% reduction in sell cycles) but it also solves for spamming and pestering to make sure that someone who's ready to buy knows about you! 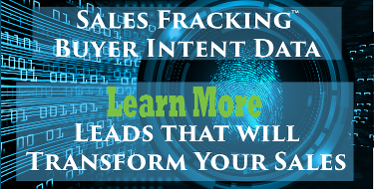