The Challenge of Disruption 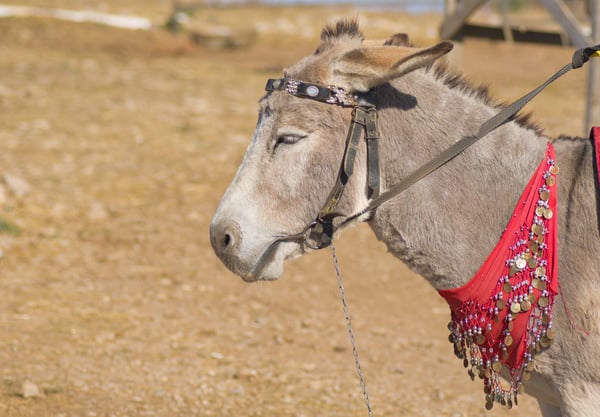 The change is being driven by each of our expectations as buyers and consumers.

That means we all have to move faster, think bigger, listen more carefully and bring value through vision to prospects and customers.

That's tiring. And it's time consuming.

So like most things that are on the effort end of the easy/hard spectrum, it's often shortchanged.

The problem of course is that nobody says to themselves or to others "I don't know how / I don't want to do this." Instead we prefer to ignore it (it's not real) or defer it (I've got other priorities.)

It's complicated by the increasingly polarized environment in which we find ourselves. In politics, entertainment - nearly in every aspect of life it seems - things are either right, or wrong.

That's probably not causation, but I'd argue likely correlation  to the trend that I've watched develop in the way that people manage disruption. They either are dismissive and half-assed in their approach, seemingly eager to just cross it off their task list, or they mind-screw the issue, never taking action.

While Seth Godin calls for people to do good, important, impactful work and ship it without fretting about perfect, the majority seem instead to dodge the important work.

I see it, and certainly you do to. People claiming to have completed tasks, and having done so in an amateurish manner that disregards the secondary and tertiary consequences. Others constantly seeking one more test or bit of information in order to finally reach the point where they can comfortably make an "informed, data based, decision."

That's not the way disruption works.

AI is Coming for the Half-Ass Crew

People that are masters of crossing lots of to-dos off their lists better be looking over their shoulder.

That's the promise of AI - even automation to some degree.

If someone's going to cause problems or cost opportunity because of shortsighted and spastic task completion there's a negative value to their contribution. Particularly if they're dismissive of the consequences, already multi-tasking (read distracted and just clicking things) and demonstrating their prowess at completing tasks. They don't care. They don't want to learn. They don't think in three dimensions. (That's like the sales people who are just shooters or the marketers who blindly follow common practice.)

In other words, they're going to be obsolete - or companies that continue to retain that sort of "talent" will themselves be obsolete.

Creative Destruction is Coming for the Mind-Screw Crew

It's been well and repeatedly said that to not make a decision is to make one.

And there's no doubt that the real measure of a business president and CEO are their ability to make decisions and allocate resources.

Businesses that are concerned about retaining their position make bad resource allocation decisions - over time the price exacted by the market is undeniable. Of course over the short-term it's not clear.

Further, some management teams are particularly adept at rubbing their chins, citing their process for innovation or iteration or improvement, and always needing one more proof point or test.

The Industrial Revenue Growth Game is About to be Shaken UP

I've written (spoken - see the video here) before about lessons which industrial manufacturers can learn from the hyper-refined and effective SaaS approach to revenue growth.

Smart industrial companies are bringing the same sort of rigor which they've applied to operations for a decade to the process of growing the business. They're using a "predictable revenue" sort of model to visualize how they can create strategic advantage, perhaps even parallel IP, in their revenue growth function.

They're "shipping it" when it's great.